Will the real imposter please stand up? 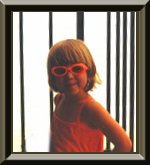 It’s popular now to claim to suffer from the “imposter syndrome.” Admitting that you’re afraid of being found out for not knowing as much as people think you know has become in vogue. Especially among women successful in business and those who act for a living.

The term was coined by two psychotherapists working with Georgia State University. Pauline Clance and Suzanne Imes (1978) studied women, who despite continued success in academic fields, assumed that their success was due to factors other than their own ability. These woman came both from families in which another sibling was given credit for being the intelligent one, and families in which the they were told as girls that that could achieve anything. They concluded that “societal sex-role stereotyping appear to contribute significantly to the development of the imposter phenomenon. ” Their goal was to formulate a kind of therapy to overcome this problem.

Maybe these women do not really need therapy for this syndrome. It may not be a psychological affliction as much as a form of self -motivation and protection from societal rejection.  Purdue psychologists Shamala Kumar and Carolyn M. Jagacinski (2006), measured anxiety level and imposter feelings in students. Their study “found marked diﬀerences between men and women and their experiences of imposter fears. Women endorsed far more imposter fears than men.” But unlike the high scoring men, the women also felt “they must outperform others to feel competent,” basically acting more competitive. According to the New York Times (2008), a study at Wake Forest found those that scored highly on the imposter score, had higher views of their abilities when they felt their self-assessments were anonymous. They simply didn’t want to appear competitive, and lowering expectations for their performance was a form of protection.

In comparison to the people in general, women are supposed to be warm, kind, interested in children, sensitive, patient and cooperative.  They are not supposed to be strong leaders, or ambitious, assertive, decisive, competitive,  and willing to take risks. Those are viewed as positive qualities for men.  And then some negative qualities, like being controlling or arrogant, are often ignored in men, but harshly criticized in women.

So when business women find themselves in a position where they seem to be showing the stereotypical male qualities, many admit to the imposter syndrome. But this is not necessarily true of highly creative women. Csikszentmihalyi’s (1996) study of gifted teens uncovered the interesting observation that creative people tend to ignore stereotypical gender roles.  Talented females showed motivation to achieve and be dominant much more readily than their noncreative peers. They seemed openly tougher than the other girls.

The few women who gained success for their unique works in the arts were often criticized for being pushy and difficult (Piirto, 2002). Those who strove to find new discoveries in the sciences were often more introverted than their male counterparts, and did not receive acknowledgement for their work in their life time. There is not just a struggle to obtain resources for creative women, there is also the devaluation of work for not being what society expects.

Prentice, D.A, and Carranza, E. (2002) What Women and Men Should Be, Shouldn’t Be, Are Allowed to BE and Don’t Have to Be: The Contents of Prescriptive Gender Stereotypes. Psychology of Women Quarterly, 26, 269-281. Blackwell Publishing, USA

Shamala K.,and  Jagacinski C. M. (2006) Imposters have goals too: The imposter phenomenon and its relationship to achievement goal theory. Personality and Individual Diﬀerences 4, 147–157