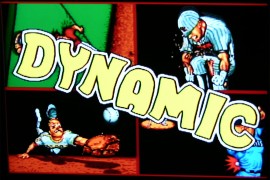 Recently I was sitting in the dentist’s office waiting. Across from me was a father and his son that couldn’t have been more than three. The child intently maneuvered a tiny race car across the screen of an iPhone. He gave a little scream of delight with each success.

I was amazed at his ability, but evidently he had been practicing for awhile. The man kept warning “my battery will be dead soon.” The screams of delight just got louder. Eventually reaching an ear-splitting pitch as the child continued to play while dodging his father who was trying to retrieve his phone. This was not the first preschooler that I had seen addicted to gaming – just the most obnoxious.

Digital natives, generation net or generation Z are nicknames given to those who have never known any society but that in which media provided by the internet was wherever they went. However, I think some are morphing into a new group, Generation A. But the A doesn’t stand for addicted – addiction has been with us through many generations. Many times recently I have read that instruction should be delivered in short, attention grabbing  interactive segments because that is what the upcoming generation expects. The gamification of education has been encouraged. If we achieve it, what do we lose?

Psychiatrist Daniel Amen has interviewed parents whose children play video games so much that their schoolwork and other activities are ignored. They show withdrawal symptoms, even going into screaming tantrums of fear when forced to stop playing. The children suffer from Attention Deficit Disorder (ADD).[1] Increased symptoms of that disorder may be one of the defining marks of the upcoming Generation A.

Evidently there is a correlation between ADD/ADHD (the hyperactive variety) and the non-stop availability of electronic media. Research conducted by the National Institute of Mental Health reached the following conclusion: “Extensive exposure to television and video games may promote development of brain systems that scan and shift attention at the expense of those that focus attention.”[2]

The Centers for Disease Control and Prevention have recorded a rise in ADHD for over a decade; diagnosed cases increase at the rate of about 3% a year since 1996. Younger children are increasingly exposed to the brilliant and rapid scene changes in media. According to Dr. Dimitri Christakis this may condition their brains to expect excessive stimulation. The normal world becomes “underwhelming.” Studies of students  show that the distractions offered by technology interfere with their attention when they are working. They can multi-task, but everything takes longer to complete. Finishing a task on a computer in an efficient and timely manner becomes increasingly difficult as updates clamor for attention.[3]

Often, I feel the pressure to deliver instruction in short concise chunks with intense audio and video to banish boredom in education. This is supposedly necessary for a generation who are used to having their attention grabbed by addictive bursts of stimuli. However, are we doing them a disservice? Are we making the next generation one increasingly inflicted with ADHD?

[3] Rosen, L.D. (2012) iDisorder: Understanding Our Obsession with Technology and Overcoming Its Hold on Us: Macmillan