What do you do with the dead body? 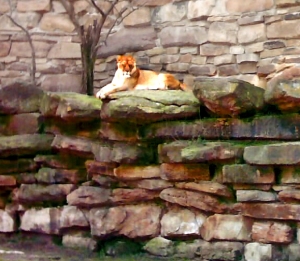 The freshman in the learning lab was finally beginning to adequately describe people with believable motives, but had run into a problem with his narrative. I was quietly explaining to the student that in his story many people saw Jack and his supposed “friend” leave go to the restaurant at the zoo. Only the friend came back, so the he was obviously the culprit. He either had to hide himself, so no one saw him near Jack, or do something with Jack’s body. “Okay,” He confidently announced, “I’m going to do something with the dead body.”

“What will you do with the dead body?” I asked.

By that time a nearby student and teacher were both staring at us in wide-eyed surprise.

When I first had students trying to create very short stories based on the genre they had read, I thought the mystery would be a challenge. Mysteries take a lot of planning and decision making.  Students must figure out the crime and motive and then decide when to allow the reader to uncover clues. However, many students took to the challenge. They felt they were producing something real, a story like so much of what they see in the media. Because many of the students I work with struggle with basics of writing I had to create a form they could use just to start. The form below is meant as a beginning, a concrete way of recording the basics of a mystery. I still encouraged students to go beyond it to – for example create more characters – so that they found the mystery interesting.

I did not require the students to write a murder mystery. The main characters could solve any kind of initially unexplained event. Most chose to write about a robbery or missing person. However, the student I was assisting wanted to create a classic murder mystery and now he had to figure out what to do about the body. Finally, he decided it was a good idea to make it look as if Jack’s death had resulted from a tangle with a tiger – after all the story was set in a zoo.

You must decide on the crime, or mysterious event, and who is responsible for it, even though you will not reveal the person until the very end.

What is the crime?

Who commits the crime and why do they do it?

What does the criminal do to make sure that they do not get caught?

Describe victim:  Appearance, age, profession, and how victim was hurt by crime

You must decide which clues are discovered by the main character. Include at least three clues. One clue should be a false clue that is misleading.

Introduction, background   – all characters important to plot must be described; especially the person committing the crime

Conflict  – usually the discovery of the crime