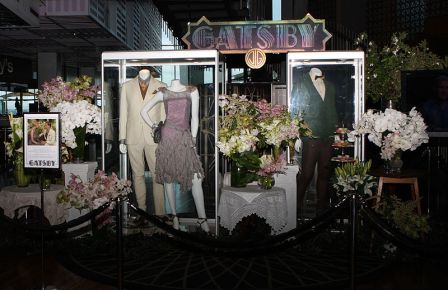 Characters who have psychological profiles, also have their own viewpoint – opinions, judgments and prejudices – concerning the world around them. The first person narrator that is a viewpoint character – such as Nick Carraway in The Great Gatsby – freely gives his interpretation of other peoples thoughts and actions. F. Scott Fitzgerald provides a wealth of descriptive detail that wrap the reader in the senses of the narrator. Sometimes readers get sucked in to viewing the story from the lens of the viewpoint character and fail to see that not all is as it seems to be. I recalled a relatively bright student who normally comprehended literature that complained “I just don’t get The Great Gatsby.”

“What you’ve got to understand is that the characters are often lying to each other,” I explained.  “As you read try to pick up on who is lying to whom. The narrator, Nick Carraway, is still something of an outsider among the wealthy easterners. You cannot necessarily trust what he thinks he sees.”

Nick is a lovely example of an unreliable first person narrator. He’s a sympathetic character and the reader would never accuse him of intentionally lying. Instead he seems to factually report what he sees and hears, colored by his own views. Nick, is also becoming aware of the fabric of deceit woven into the lives of the uber-wealthy. He even voices his vague suspicions about the illusions of the society around him. What was it that made him a tad uneasy around Jordan, that delectable young woman who seems attracted to him? … He heard rumors that she cheated at golf.

Why does an author create a narrator whose words cannot be trusted? Because uncovering deceit is part of the plot. This occurs not only in traditional mysteries but in a wide range of fiction. The whole point of Joseph Conrad’s Heart of Darkness, is not an adventure story about surviving the interior of Africa, but discovering that the legendary Kurtz is not what he appears to be. The veneer drops away to expose a man of former power, quaking in fear, but the narrator cannot reveal the truth about him to others.

There are many ways to create an unreliable narrator that readers will still find likable, a child, an outsider, a person returning home after a long absence, are all good candidates.  The characters who rationalize cruel acts and then lie to protect themselves, such as Vladimir Nabokov’s narrator in Lolita, rarely get any sympathy from the reader. However, the most difficult to write unreliable narrator is the one who is mentally ill.

There is always a hard decision to make: should the schizophrenia (or other mental illness) be revealed in the beginning? Should the story start with a dribble of clues that soon become a flood about the use psychotic nature or the person telling the tale. Or should one wait until the end to reveal that not everything was as it appeared, similar to but not quite the same as “it was all a dream.” This last is probably the most difficult to get away with. Readers may feel cheated by a ploy if the narrator fails to reveal questionable the break in sanity soon enough.  Be careful trying too hard to polish the narrator who doesn’t tell the truth because they are hearing voices and seeing things that don’t exist. You just might drive yourself crazy.