The edge of psychotic 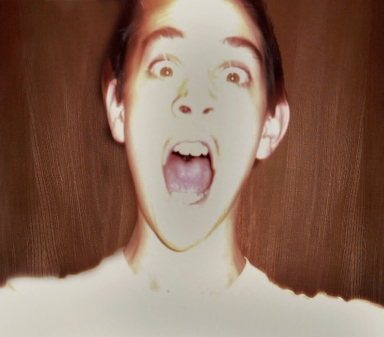 Writing synopsis of creativity research has led me to realize how much my spelling has deteriorated.  Mostly I rely on the word processor’s spell check, but sometimes it doesn’t recognize the scientific terms; other times it doesn’t recognize my vague resemblance of the actual word.  But when I keep running into the same word over and over again, I learn to type it right the first time.  So after a week of researching the creative personality I can accurately type out psychoticism even though it is not in my spell checker.

What does this trait, largely associated with mental illness and criminal behavior, have to do with creativity? Hans J. Eysenck developed a personality model based on three dimensions: Psychoticism, Extraversion, and Neuroticism. Using his three dimensional model he found that people with recognized artist achievement typically have a higher score on psychotic scale than non-creative people. These traits include:

Eysenck noted that creativity had its roots in the “over inclusive thought process.” Basically this means that creative people view seemingly unrelated ideas as relevant to each other. This kind of thinking often confuses people with more conventional thinking. However, even though Eysenck compares the thought processes of creative people to that of schizophrenics, he never says they are insane. Rather he says the opposite–an original thinker is “a person high on psychoticism but not really psychotic.” [2]

That is confusing to me. I would really like to know what makes a different between the two. To be fair, others have also found similar connections. E.P. Torrance, psychologist, professor and developer of the Torrance Tests of Creative Thinking, noted that anti-authoritarian attitudes were also linked to creative output.[3] Harvard professor of psychiatry, Albert Rothenburg created a name for the illogical thought processes of creative people that resembled those of the mentally ill, Janusain thinking. This kind of illogical thought is was marked by being able to consider two opposite concepts at the same time; like two objects occupying the same space.[4]

The current emphasis on creative innovation as a key to solving humankind’s most persistent problems or providing unending economic growth unnerve me a bit. Both of these goals ignores the semblance between creativity and psychotic traits. These traits are seen in many great artists, writers and inventors whose lives were often in conflict with society and themselves. I also see these traits in troubled teenagers, who do not give any evidence of exceptional creativity. There is more to creativity than psychoticism, but it may not be possible to remove creative thinking from the kind of thinking that balances on the edge of psychotic.

[1] Porzio, S.K.  A Critical Review of Eysenck’s Theory of Psychoticism and How it Relates to Creativity, http://www.personalityresearch.org/papers/porzio.html (viewed 12/31/2013)

1 Response to The edge of psychotic