The curse of creativity 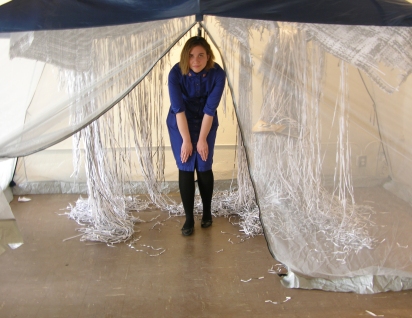 It just isn’t fair. One person gets to be born with an enviable imagination, the ability to come up with new, innovative ideas, or create artistic masterpieces and the next person does not. Many cringe at the idea that creativity could be an innate and inheritable trait …. including those that have this trait.

Creative people often feel driven to be different, to strive for the original idea and take it as far as possible despite the deprivation and pain that results. They fear that inspiration may abandon them and leave them stranded, or the world may decide that the masterpiece into which they have pour blood, sweat and tears is useless and ugly. They may not see their ability as being  a fortunate circumstance. In fact, most of the evidence for innate creativity is based on the negatives associated with this trait.

First on the list of negatives is the similarity of creative thinking to schizophrenic thinking. Researchers find increasing evidence for the genetic basis for schizophrenia, as they search through family trees of schizophrenics.  There appears to be a larger than average number of people in creative fields in these family trees. In the same manner, examining the families of famous creative people reveal more members exhibiting types of psychopathology than found in an average population.  Abnormal thinking includes:

Do those sound a lot like creative traits? The difference is that the creative person has a stronger ability to make judgments to determine when this kind of behavior will be acceptable, a characteristic controlled by the pre-frontal cortex. [2]

The second evidence for innate creativity is associated with a problem that many writer’s bemoan–the unpredictability of inspiration. For those most known for creative output, the peak tends to come at the beginning of their career. Then, creativity tends to fluctuate, going up and down, but usually not reaching the earlier height. If creativity were a learned behavior it should improve. However, the ability to come up with a creative product seems to “a chaotic sequence of hits and misses.” [3]

Finally, no one seems to be able to explain why some people keep after their pursuit of creativity when it is heavily discouraged. Reams of articles come out on how to encourage creativity in education and the workplace, but it appears some manage to keep a unique perspective without encouragement. Business have an increasing desire for creative products. But this desire for these products and is in opposition to their treatment of most creative people. Those that produce creative ideas are generally disliked.[4] Why would a creative person continue coming up with the kind of ideas that cause social rejection if it was only something they learned to do–not something they did intuitively? Apparently social rejection increases imaginative thinking–at least  in those that are already nonconforming types. According to a study from Johns Hopkins:

“Rejection confirms for independent people what they already feel about themselves, that they’re not like others. For such people, that distinction is a positive one leading them to greater creativity.”[5]

[1] Kuszewski, A. (2009) The Genetics of Creativity: A Serendipitous Assemblage of Madness, http://www.grupometodo.org

[3] Feist, G.J. (1998) A meta-analysis of personality in scientific and artistic creativity, Personality and Social Psychology Review, 2, 290-309

1 Response to The curse of creativity