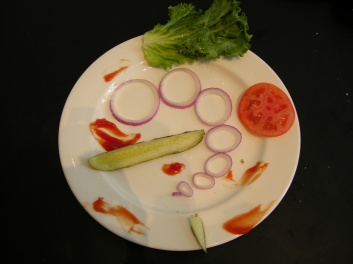 Psychologists often study creativity like a kind of pathology, researching causes of creativity, methods to diagnosis it, and determining best practices. The creative person is often contradictory because the strongest drive in creative people is to not be like other people, even other creative people. During the 1950s, when creativity research was acknowledged as a legitimate scientific subject, Psychologist Frank Barron tested and conducted in-depth interviews with writers, architects, research scientists, and mathematicians  at University of California in Berkeley.

According to Barron the highly creative person is “both more primitive and more cultivated, more destructive, a lot madder and a lot saner than the average person.” Creative people could appear and actually be conventional in many ways. However, “they tend to rebel against conformity as they accompany their own private visions down lonely, untrod paths.” They also could appear highly neurotic on personality tests while having an ego strength that could deal with stress, and psychological pain.

Barron attempted to describe the psychology of imagination, which found the need for both order and disorder. According to his research the creative writer espoused originality, complexity, independence of judgment, and aesthetics sensitivity. His creative subjects often took extremely complex elements to produce a final product that was elegant and deceptively simple.

Creative people can hold two opposite views at the same time and yet see no contraction, because they were prone to “integration of dichotomies.” They can be both naive and knowledgeable, emotional and logical, disciplined and free spirited. When you think about it, an either or view does not necessarily make life easier. It is a refusal to deal with ambiguity that naturally abounds. The highly creative person’s tolerance for ambiguity and messiness is balanced by a strong desire to bring order. “It was a powerful motive to create meaning and to leave a testament of the meaning which that individual found in the world, and in himself in relation to the world.”