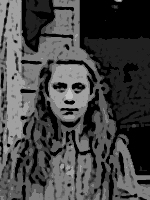 The support shown for the people killed in the attack on Charlie Hebdo’s office appeared wide spread throughout the news. Candle light vigils, crowds proclaiming “Je suis Charlie.” It would almost seem like a great show of solidarity. But of course if this satirical journal truly had such widespread support the attack would have never happened. Satire draws selected people and current events in an absurd perspective. People are more likely to pay attention to satirical lampooning than a serious discussion of flaws. The political humor makes people feel superior, as long as their group is not the ones being lampooned. But most people made to look absurd feel more wounded when they are mocked than when they are openly critiqued.

Charlie Hebdo had a particularly irreligious brand of mockery. They been sued jointly by Islamic organizations – the Grand Mosque, the Muslim World League, and the Union of French Islamic Organizations – but not as often as they had been sued by the Catholic Church. However, this journal tended to avoid anti-Semitism. Cartoons with anti-Jewish sentiment had appeared frequently in Nazi Germany while the holocaust was going on. So this subject was no longer a laughing matter.

Which brings us to the power that satire actually has. Satirical works, whether they are cartoons and articles, or full blown books and movies, deride some person, group or belief. The idea is to shame the target so that the object of the attack seems ridiculous or grotesque.  Satire has the power to cause disregard or even hatred for the target. There is no requirement for the satirical work to be true – in fact it almost never is – but it must only be funny to a large enough group. If satire wakes the public to a great wrong, offering a backhanded viewpoint that would right that wrong, such as in Daniel Defoe’s Modest Proposal, it has a strength that simply preaching against the problem does not have. But satire’s power to be destructive is just as potent. There is little way to combat the ideas expressed by satire, other than by government suppression, which seems unthinkable to those who so proudly cling to freedom of speech.

As I was watched CNN with their constant coverage after the attack on Charlie Hebdo, I heard a man interviewed in France compare it to the September 11 attack on World Trade Center in New York. I winced. He couldn’t possibly believe these two events were similar in scope. The masses of people who died in the twin towers did nothing to provoke the attack. I could have mocked him; making him look ignorant. But satire doesn’t work that way. It is an offensive game; you must strike first. Speak back in a serious manner and you are seen as humorless. Squash it with any sort of power and it is seen as an affront.  Once satire has been attacked it takes on an aura of respectability. The best thing to do is simply not to laugh.