The desire for transparency 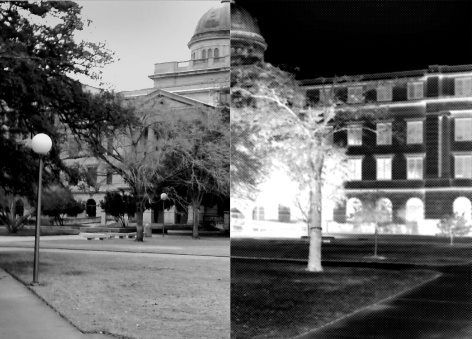 Earlier this week was the 75th anniversary of “A date which will live in infamy” as President Franklin D. Roosevelt described the Japanese bombing of Pearl Harbor in the U.S territory of Hawaii. The fact that the United States was vulnerable to such a destructive attack shook American confidence to its roots. The United States wanted Japanese to leave China and Southeast Asia, and had finally halted oil imports, but the two countries were not at war, and this reason for this unannounced aggression seemed unfathomable.

The bombing of Pearl Harbor was simply an historical artifact to my generation, the first of whom were not born until 5 years later. So we reeled in shock in 2001 at the devastating day we would “Never forget” when two hi-jacked airliners were flown into the World Trade Center resulting in their fiery collapse. This unconscionable attack was apparently retribution for a foreign policy that favored Israel over the Palestinians. However, my youngest child barely remembers that tragic day.

It is not so much that each generation forgets the past as much as they do not remember the emotional impact of major events. This is quite natural. They did not live through the fear of uncertainty. Learning about an event while knowing the outcome is not anywhere the same as surviving it. And in some ways this is beneficial, as we would be paralyzed by the collective fear of all the acts of mass destruction for imperceptible causes that seem to reoccur every generation.

The changes in the everyday cycles of our lives caused by past politics and events, both outrageous and ordinary, still mold the next generation. The two long term surveys, Monitoring the Future study of high school seniors, and the American Freshman survey of college freshman have found an increasing cynical outlook from Generation X to the Millennials. “As of 2012, only 19 percent of Millennials said that, generally, others can be trusted.”[1]

Accompanying this lack of trust, the surveys indicate a decline in community involvement among the younger generation. There is also a decreasing desire to keep on top of politics, descending from 50% for baby boomers to 35% for millennials.[2] You must remember these surveys occurred when people in the generations where mostly between 17 and 19 years old. I am not terribly worried. Typically with an increase in age there is an increasing attention to community and politics.

However, I can understand the recent generation’s skepticism with leadership. During the time of the World Wars when my parents were growing up, information about difficulties faced by this country was not widespread. Their understanding of the world was based on their local situation. Also, there was no proliferation of fake news on Facebook. Currently it is much easier to get both information and disinformation, and harder to discern between the two. Many Boomers haven’t seemed to catch on the fact that practically all new reports are biased, with increasing “spin” to woo audiences. The electronic age has made it easier to produce through media and internet what we want others to see. This mass amount of information is of no use if a large portion has an untrue slant.

So we may fret about how the millennials do not comprehend formative events of earlier generations, but no amount of “education” will ever duplicate what we lived through. However, we could learn from their skepticism. In light of the decrease in factual reporting, we need to dig down further and not take what friends, celebrities or politicians say at face value. We need to insist on real transparent sources. Keeping abreast of truth concerning politics is a frustrating endeavor. What the millennials desire now is transparency in an era of increasing muddying of the facts.

[2] Jean M. Twenge, Generation Me: Why Today’s Young Americans Are More Confident, Assertive, Entitled–and More Miserable Than Ever Before, 2007