The art of world building 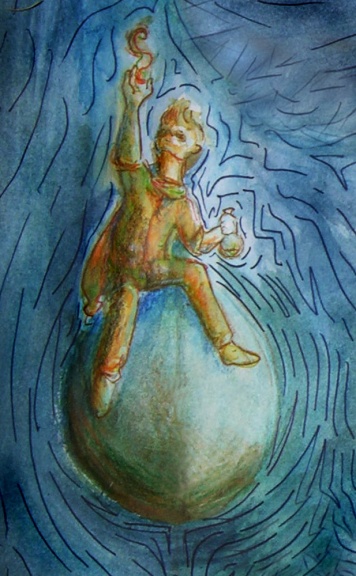 I wanted to vacation on the banks of the San Antonio River as it meandered through the center of town. The river that had once created messy floods was now encased by sidewalk with a sprinkling of shaggy bald cypress trees encircled with iron grates on the banks. It was now scenic and safe. I choose a strategically placed hotel, which amazingly was built in little over 200 days. The concrete cast room units, already decorated, were stacked in place. The rooms were still very nice, just identical.

Sometimes, science fiction/fantasy authors would like to have the same kind of pre-fab world built. A world, ready for them to plug in characters and start the action. But instead of being intriguing and complex, these worlds tend to be scenic and safe, full of places that are already familiar to us. The act of world building is not easy. It means balancing the need of the readers to understand the imaginary environment with their need for action. They prefer not to read page after page of descriptions before any actions occurs.

Recently I was discussing one of my favorite fictional worlds, Middle-earth, with an avid Star Wars fan. For her it was easy to watch movies portraying other planets, but she confessed that she just couldn’t make it through the first book of Lord of the Rings.

This series was so popular when I read it that I couldn’t get a copy of the first book from the library. So, I started with the second one and was dropped right into the action. Betrayal had just split up the party carrying the infamous ring, which I knew nothing about. I had to follow the paths of the fragmented groups. However, I kept reading with the assumption that the author would tell me enough background that I could decipher what had happened. J.R.R. Tolkien did exactly that.

One of the secrets of world building is to create your world—regions, society, languages, cultures and economy—as a handy reference for yourself when writing. Then, you can start your story and slowly weave in the details. If this is too daunting a task, consider borrowing someone else’s imaginary world. J.R.R. Tolkien wrote based much of his made-up world on mythology, Germanic, Norse and Finnish. But, that did not mean that he got away without completing the tedious process of world building, and constructing the physical characteristics, flaws, and temperament of the world and its societies. A fictional world can be flat and predictable or round and well-developed, just like a character.

1 Response to The art of world building