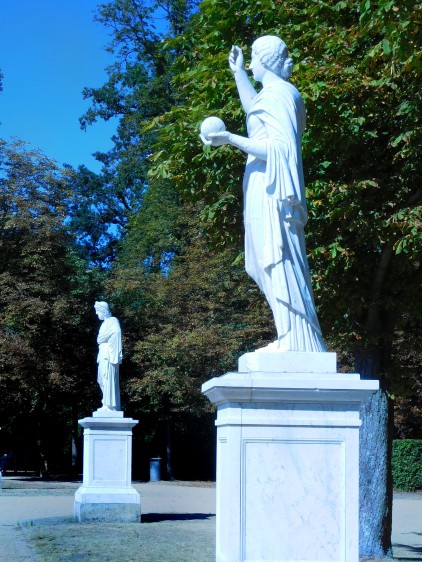 One type of government that keeps appearing in modern science fiction is a replica of the Roman Empire. From the gladiator-like entertainment  by the Hunger Games series to the takeover of the Galactic Republic senate by Supreme Chancellor Palpatine in Star Wars, elements of the Roman political system keep appearing. Why does this particular empire fascinate us?

Novels often harks back to those periods we are familiar with and times where we imagine ourselves. The majority of people admire strength and we have been trying to imitate the Roman empire ever since it crumbled to a slow death, trying to re-create it not just in stories but in real life. From Charlemagne who crowned himself as the Holy Roman Emperor to the Russian Czars and the German Kaisers (both Czar and Kaiser are variations of the word Caesar) people in history have paid homage to the incredible power of Rome.

When it comes to re-creating the Roman Empire in a story the reader does not see themselves as the underclass slaves or the impoverished plebeians. Even those who fought in the Coliseum had a greater reputation than the poor rabble that cheered them on to their deaths. But, the fascination with this empire is a love-hate relationship.

Secretly we know such power is capable of spawning monsters. Nero-like characters have found their way in sci-fi novels as extremely evil villains. For an author, creating a government that resembles the Roman Empire and a leader that resembles Nero provides an instant conflict, and an instant type of world familiar to a wide range of people. This provides a jump start for the plot and makes the matter of world building easier.

But is a science fiction book really better if one dispenses with the often tedious task of world building?

Part of the fascination in science fiction is discovering the true nature of the world the author has imagined. Surmising this from a ready-made political system, borrowed from the Roman Empire’s past is so obvious that it does not provide the full thrill of a science-fiction story.  Therefore, the writer must embellish the plot elsewhere to make up for this. Do not assume that borrowing heavily from a well-known historical empire will make writing excellent science fiction any easier.

This entry was posted in Literature, Story structure, Writer's resource. Bookmark the permalink.