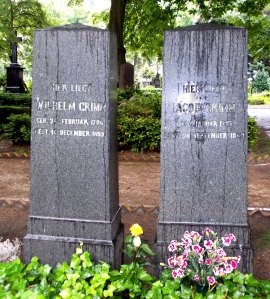 10 – There are so many choices of books to read now, why bother with less relevant writing from the past. There is also a lot more to learn in the fields of history, science and math so while we’re at it, why don’t we just pare them down to the important events of the last fifty years, too.

9 – Most of the people who wrote this literature stuff are long dead. This is also another good reason to eliminate the all the history we now have to study now.

8 – The people who wrote classic literature, do not really know what our life is like. Of course, the most influential people alive now–political leaders, business moguls, movie stars–probably don’t know any more about the way we live.

7 – We want to read about what matters to us now. However, if we read only what is current we tend to think everyone’s writing is tied to the fads of their time.  What do you mean by claiming that some past authors actually captured the nature of humans across the ages?

6 – Classic literature is just too difficult for most people. Of course, if you ever tried to hit a curve ball, pass a football to a surrounded quarterback, throw a basketball through a hoop twenty feet away, or skate without falling down and failed, you should had realized that these things are just too difficult and given up on them, too.

5 – Movies are much more enjoyable. It’s true, if you start reading and find that movies are simplified, action driven versions which leave out much of what’s interesting in a book, you won’t enjoy watching movies as much.

4 – Reading takes too much time. It’s ironic but people can read about three times faster than they can listen. So if a TV series like Survivor was transcribed (dialog and description of action) to be read, you would spend one third of the time reading it that you would spend watching it, but it also might seem less interesting without the scheming intonation of their voices.

3 – They take too long to say things and nothing much seems to happen. Sort of sounds like a season of Whales Wars. Some old classics can be wordy. Remember they were serialized and should not be read in one sitting, but in stages like a TV series is viewed.

2 – The publishers need the money now that people can self-publish on the internet. Let’s make the students go out and buy copies of recent best-sellers to keep the publishing industry solvent.

1 – After reading enough paranormal teenage romance and dystopian gladiator stories, everyone will be so tired of the same stock characters and plots that they’ll actually want to write their own books.

1 Response to Ten top reasons not to read classic literature