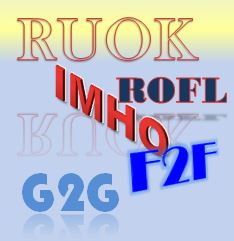 Recently we had to evacuate the school due to a gas leak. Students were jammed up against the back fence of a subdivision across from the school. Fire trucks roared past, lights flashing and phones were raised in the air capture the sight. I’m sure similar shots were posted in hundreds of Facebook pages. Within minutes a guy yelled “Check out Twitter # gas leak 2013.” The head fire inspector arrived in an SUV full of detection equipment, and we spent an hour outside waiting for him to do him job. At least the weather cooperated, sunny, with a slight cool breeze. In the end there was only a brief mention on the local news, without photos, even though I’m sure hundreds of posts about the event flooded the electronic media.

While waiting outside, my thoughts went back to a class discussion that occurred early in the week. Students were supposed to describe the effect of electronic media – Facebook, Twitter, Tumblr, etc. – on their writing. A teacher had lamented how the abbreviations used in text messages, such as LOL and IDK, had crept into other forms of writing. I actually first saw IDK as answer by a clueless student on a test five years ago.

However, I have used abbreviations in writing for years. In addition to technical acronyms, like radar and sonar, I include an older set of common abbreviations – CEO, ASAP, and RSVP (which is not even English) –  in everyday writing. Those ever pervasive abbreviations students use tend to give the nuances that are often expressed by tone of voice such as sarcasm (IMNSHO – in my not so humble opinion) or affection (143 – I love you).  They contain the frequently used phrases that we say in conversation just to show that we are listening (GR8 – great, VSF – very sad face), or about to leave (TTFN – ta, ta for now). Of course, some are attempts to hide real meaning of words from parents and other adults; like the slang that tends be reinvented every 5 years.

I have discovered that these abbreviations and variants of  L33T (elite) speak really affect the way students talk more than the way they write for classroom assignments. Most of them understand that these phrases are not proper words.  But they still struggle to figure how to replace them with a word that means the same thing in standard quasi-formal writing. The increased number of technical words to name new things that didn’t exist a few years ago is taking up room for vocabulary in their brain. This results in a loss of variety or richness in words. Students may know that N00B should be written as newbie in letters, but they have little concept of what a novice or fledgling is.

Many of the generation that did not grow up with internet at their fingertips have vocabulary that is just as limited. They are comfortable repeating the same words that they’ve heard their friends use. It marks them as a group. Pushing beyond this is difficult, but that is exactly what creative writing requires.

Recently I read a blog in which the writer used “drill down” and “deeper dive” (basically meaning the same thing). She inferred that her audience could guess her vocation from the use of these phrases; but her word choice really revealed how old she was.