Is creativity a right-brain function? 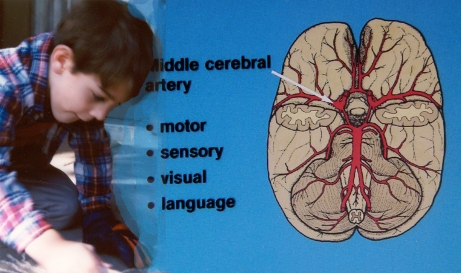 The idea of left brain and right brain thinking originated with the work of a number of physicians in the 1800s. Pierre Paul Broca, a French physician studied patients suffering from aphasia, inability to speak due to brain injuries. He pinpointed Broca’s area, a region on the front left side of the brain that functioned in the production speech. A few years later, Carl Wernicke uncovered another area on the back left side also responsible for language processing. Damage to Wernicke’s area would result in inability to comprehend language. Then, an area on the underside of the brain was found essential for recognizing people’s faces, and the scramble was on for mapping brain functions .[1] Enter pop psychology. Soon the task each hemisphere was suppose to perform were drawn down the lines of imagination versus logic. According to Carl Zimmer ” People were tagged as “right brains” if they could draw and “left brains” if they were analytical.”[2]

Roger W. Sperry, awarded the 1981 Nobel Prize for split brain research, discovered that the left and right hemisphere of the brain learned and remembered different events.  When the corpus callosum was cut in epileptic patients, disconnecting the two hemispheres of the brain, the cognitive abilities of these patients changed slightly. They were unable to name objects when viewed with only right eye leading him to propose that language was processed on left side of brain.  However, it turned out that some functions of language, such as intonation, are dependent of the right side of the brain.[3]

Apparently ability to use both sides of brain, with their intricate interdependence, together for a single task is a hall mark of “gifted” ability in math.  For average people the left hemisphere of the brain is better at processing visual “parts,” and the right hemisphere is better at analyzing visual “wholes.” But joint research by psychologists at the U.S. Army and the University of Melbourne found that mathematically gifted teens did better than average teens on tests that required the two hemispheres of the brain to cooperate. Could the same be true for creativity? According to Michael O’Boyle, PhD, “giftedness in math, music or art, may be the by-product of a brain that has functionally organized itself in a qualitatively different way than the usual left/right hemispheric asymmetry.”[4] His findings definitely points to the advantage of being able to perform functions that are typically dominated by one side or the other using both sides of the brain.

O’Bolye’s research is not the only one that shows the right brain, left brain dichotomy between logic and creativity is largely overblown. Dr. Jeff Anderson, director of the fMRI Neurosurgical Mapping Service, says the preference to use one specific brain region more than the other for particular functions can be documented using MRI brain scans. When his team examined brain scans of participants they saw pockets of heavy neural traffic in certain key regions. However on average, both sides of the brain had similar amounts of neural networks and connectivity.  The people examined where not predominantly right brained or left brained. What makes pinpointing the area in which creativity originates so difficult is the fact that creativity is not a single function. Dr. Anderson recently reported that “It is not the case that the left hemisphere is associated with logic or reasoning more than the right… Also creativity is no more processed in the right hemisphere than the left.”[5]

So if someone asks you to concentrate on “right brain” thinking, remember, a whole brain is better than a half a brain, especially when it comes to creativity.

1 Response to Is creativity a right-brain function?