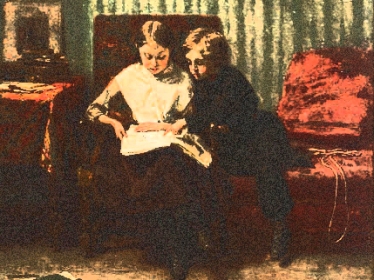 Recently I was following a thread of writers discussing how to find names that make characters memorable.  Honestly I believe that writers should be looking at the reverse situation.  It is the skillful creation of a character whose strengths and weaknesses  strike a chord of truth in the reader that make the character’s name memorable. Names like Scarlet, Sherlock, Romeo and Ulysses invoke images of their fictional counterparts.

People seek out empathetic protagonists when they read. These characters are constructed so that people can relate to them and  even feel an emotional connection with them. One critical thing to remember is not everybody will identify with the same kind of character, which is fortunate because I would hate to be reading about the same person over and over again. It’s fairly clear that the ideal fictional character is a mix of strengths and weakness  – neither perfect or perfectly rotten – but it’s not as clear how to create a mix that enables people to empathize with a character.

If your characters care about no one else, readers probably will not care about them. In  a recent study done at Princeton University loyalty and dependability were high on the positive characteristics that both men and women should exhibit.  But not surprisingly most of the desirable traits for males and females differed.  When I compared those listed for females and males I found the following items high on both the studies done with the general population and college student:

Most people studied were fairly tolerant of people showing a trait associated with the opposite gender as long as it was positive. But the male traits that were less acceptable were seen as downright objectionable in a female, and vice versa. So be careful with the faults that round out your hero and/or heroine to make them more real.  Readers are more likely to reject a male character that has negative traits connected with females and more likely to condemn a female exhibiting typically male faults. So what did the researchers find as the most undesirable traits?

Now flip these around and apply them to the other gender. When we read about a shy, naive, melodramatic, gullible or weak female we often don’t even think of these as faults. You will find many male protagonists in the annals of literature that are stubborn, controlling, cynical and arrogant. Sometimes this is falsely attributed as evidence of strength. There are also a quantity of men romantic leads with a checkered background of promiscuity, but only a sprinkling female protagonists with that trait.

The challenge remains of making characters with these faults appeal to a wider audience. The key is to have the protagonist become aware of the fault and willing change, unless you want a tragic ending (like that of the moody Heathcliff) or intend to show satire (as with the naive Candide). So be very careful when assigning the faults listed above, because you are inviting your readers to judge your characters harshly.

Prentice, D.A, and Carranza, E. (2002) What Women and Men Should Be, Shouldn’t Be, Are Allowed to Be and Don’t Have to Be: The Contents of Prescriptive Gender Stereotypes. Psychology of Women Quarterly, 26, 269-281. Blackwell Publishing, USA