How well do you know yourself? 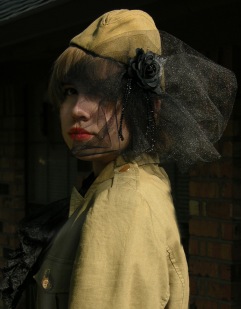 High self awareness may not be a pleasant characteristic to have. There are other names given to this trait, such as private self-consciousness. Stephen Franzoi of the University of California at Davis has studied the effects of private self-consciousness and found that people scoring high in this measure know themselves better. They are more likely to self-disclose their problems in periods of distress, but tend to do so in a low key manner that will not push social acquaintances away, because it is their problem, not their associate’s. However, these people are also more likely to be depressed.

Research conducted at the University of Waterloo in Canada shed some light on the efforts currently made to improve self-esteem. Surprisingly Lead researcher Joanne Wood found that giving positive pep talks to oneself only raised the mood of those people who already thought well of themselves. This technique actually backfired for those with low self-esteem. One additional thing that I might mention about the University of Waterloo research is that the subjects were reminded to think how loveable they were by hearing a bell ring every 15 seconds. Hearing a noise to consistently reminding me to change my thoughts reminds me  the egalitarian dystopia in Kurt Vonnegut wrote about in Harrison Bergeron more than anything else. Harrison was subjected to a periodic noise to interrupt his thoughts to prevent his superior intelligence from making him different from other people.

A series of studies on how people shift between optimistic and pessimistic outlooks by Hazlett and Molden has concluded that people may choose the outlook that has the best motivational value for them. People that are concerned with promoting their advancement not only tend towards optimistic forecasting, they do better at tasks when they adopting an optimistic outlook. People that work towards the twin goals of safety and security, emphasize preventing bad events from happening. Conversely they perform better when adopting a pessimistic outlook. This research does not support the “logical” argument that people who are pessimists are prone to give up and stop trying. Rather it appears that normally optimistic people who adopt a pessimistic view, start to lag in persistence. A pessimistic person, on the other hand, works harder to achieve a goal they think they may not reach.

If optimism and pessimism really are dispositional traits, we should be wary of teaching people to change the way of thinking they have adopted because it actually works better for them.

This entry was posted in Mental health, Optimism and Pessimism and tagged intrapersonal intelligence, persistence, Self-esteem. Bookmark the permalink.