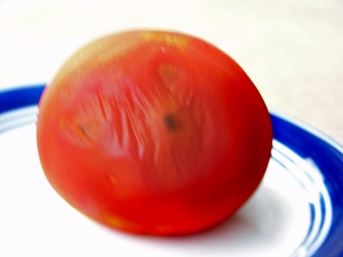 Early in my career at beginning of the 1980s, my boss gathered everyone in the office to watch a film on generational differences. When the polished speaker concluded the presentation, I noticed an interesting omission. Turning to one of my co-workers I commented, “There was a lot about people in their twenties, and those in their forties and fifties. But, the characteristics of people in their thirties was never really discussed.”

She smiled and quipped, “That’s because we’re practically perfect.”

Then, I realized the film was targeted towards thirty-somethings because they obviously were not practically perfect when it came to accepting differences in others. Descriptions of generational differences largely continue to be entrenched in biases based on the viewpoint of a specific age-group. Managers over fifty complain that younger workers don’t want to put in the long, hard hours necessary to advance. The smaller group in their forties describe how a poor economy has prevented them from advancing economically. Those in their thirties defend the need to job-hop in order to see any kind of upward progress while expounding on an expertise that occurred because they grew up with computers. The group in their twenties assert that are the true “techies,” while pointing out that the need for higher education has strapped them with college loans that earlier generations didn’t have to sweat about. It is hard to step back and look at the differences without taking sides.

In order to get a less biased look, I’ve read research based on two long-term surveys, that have sampling the behaviors, attitudes, and values of young people. The American Freshman Survey has been conducted among new college students since 1966 by the Higher Education Research Institute of UCLA. Monitoring the Future or the National High School Senior Survey from the University of Michigan’s Institute for Social Research initially started as research on drug use. This research project has collected opinions of high school seniors since 1975.

There are some interesting trends that come to light from these studies. When people born from the late forties to 1964 were high school seniors and college freshman around 45% consider wealth a very important attribute. This attitude which has been increasing until it has risen to 75% among those born after 1984. The reason for attending college has also shifted. Although, the people in their late teens may not consider wealth as important as they do in mid-career or later, Millennials deemed it a driving goal at a younger age than prior generations. The idea of learning in order to develop a meaningful philosophy of life has decreased from 73% to 45%. In the early 1970s about 70% of students went to college to learn about life and improve themselves, by the turn of the century that same percentage were attending college as a way to become well off financially.

So why don’t these trends match so many of the articles on generational differences? The split in opinions about the generations is more of an in-group versus out-group comparison more than anything else. It is impossible to look at a group with differences from our own is as generous and accepting manner as we see the people that resemble us. We all forget that we ourselves are nowhere near “practically perfect.”

This entry was posted in communication, Educational trends, generational differences. Bookmark the permalink.