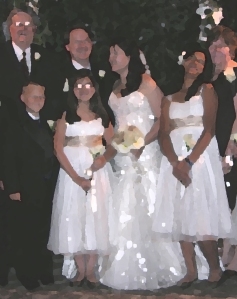 There is a flood of dystopian novels compared to those that feature utopias because a society without problems has a tendency to be boring.  However, if you start reading The Republic by Plato, and you may discover that his ideal society has some pretty disturbing aspects.  The discourses that comprise The Republic supposedly record the discussions of the sage Socrates, who would eventually be executed for corrupting the youth. We really do not know how much Plato hid his own opinions behind the words that he claimed Socrates spoke.

The Republic proposes equal education for men and women, both physical and mental, so they could perform the same work. Then, he states what seems to follow logically. If men and woman are to have a status of equality, then marriage and the family must be abolished. The rulers will determine which people can mate and produce children. These children will be raised in state nurseries. There, they will be educated in the manner that the guardians of the state determine … this is beginning to sound a lot like a plot for a dystopian novel to me.

Thomas More‘s views of the family in Utopia is quite a bit different.  He used a device to make his book resemble factual reporting by quoting fake letters by real people about this mysterious island. On Utopia, marriage is alive and well. In fact the punishment for premarital sex is required celibacy and the punishment for adultery is the same as for many other crimes–slavery.  Every family on the island has household slaves wearing gold chains. I wonder is More knew how soft and malleable pure gold actually is. They would make chains that could be easily escaped.

Tommaso Campanella, a Dominican monk and theologian from the 17th century had curious ideas for family and reproduction in his Christian communist society described in City of the Sun. Men and women could be friends but sexual regeneration would be strictly regulated and follow set times determined by an astrologer–no emotional involvement allowed.

Of course, if you ask any group of people what their ideal society would be like, you will  get as many different beliefs as there are people, and some of them will be in direct opposition.  In the same way, reading books describing Utopian ideals through the century will show you the major concern of authors in times past–but not give you any clue on the formula to achieve the highly desirable, perfect society.