The problem with no problems 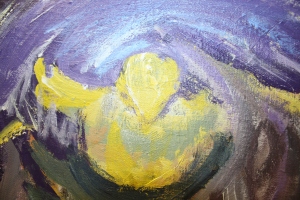 Dystopian novels  are much easier to write than those set in a utopia. Typically the main character manages to lift the veil hiding the ugly truth behind the society. For example in H.G. Well’s novella, The Time Machine, an English scientists travels to a distant future of dainty people living in an Eden-like setting.  First he perceives their lack of concern for each other and their fear of the dark, before realizing that they serve as cattle for the industrialized subterranean dwellers. The book is occasionally philosophical; the protagonist wonders if this warped society resulted from the upper class becoming dependent on the former slave class that was banished to the underground. However, the main character spends a lot more time running from the subterranean people than thinking about their origin.

A Modern Utopia, also by H.G. Wells has a fictional framework–the protagonist meets a man from a Utopian society on a distant island. But to a large extent the book is a philosophical essay. It describes the economy, the rights of women and so forth on this mythical stranger’s island. H.G. Wells kept trying to the Utopian novel right. First with In the Days of the Comet, which chronicles how an exploding comet from outer space wipes out the capitalist powers, so surviving humankind can rebuild the world correctly. Then, by writing Men Like Gods, set in a parallel universe, followed by the Future of Things, which is not really a novel in format but an imagined future history.

So has anyone actually managed to write about a Utopia with character development, rising and falling action, conflict, crisis and all those other reasons that I read books? Actually two of my favorites are Out of the Silent Planet by C.S. Lewis, and Lost Horizons by James Hilton. In each case the main character doesn’t search out or stumble upon the land of contented people but is kidnapped and taken there against his will. Naturally they view the place with the some suspicions as they are from a world full of greed, hatred, crime and war. The surprise is discovering the true nature of the society whether it be hidden in the canyons of Mars, or a valley in the Himalayas.

How does one create a gripping drama in a practically perfect world? Introduce some very imperfect humans.