The mystery behind the motivation to learn 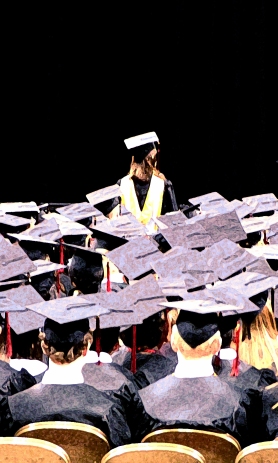 No matter how much we describe the function of the brain to illuminate how people learn, the biggest mystery is what causes people to want to learn. Typically when someone dives into why certain people excel at learning they come back up with “intrinsic motivation.” However, this explains nothing as an intrinsic motivation is simply another way of saying a person has as a strong internal drive. What causes this drive?

Let’s step back from the realm of learning to answer this question, “Why are people motivated to do anything?”

Typically it is because:

Thinking that one must do something is accompanied by threat of loss. For example a man believes he must have a job because otherwise he would suffer due to poverty, or even die of starvation. However, a man may decide he must steal for the same reason.

Believing one will gain something emphasizes working towards a goal more than avoiding a loss. A man may go beyond what is expected of him at work because he believes he can gain a promotion which gives him more money and a higher status. On the other hand the motivation to gain the promotion may lead to him deceiving his boss and backstabbing other employees.

Finally, following what others is both a way of fitting into a group, and away of avoiding ostracism which is basically a combination of avoiding loss and achieving gain. The tricky thing is no clear cut line exists avoiding poverty and gaining wealth in this example. Both motivations may occur at the same time.

Let’s return to the motivation for learning. People learn because they think they have to avoid a failing grade, which might antagonize their parents or prevent them from completing education needed for a job. However if a person learns because of the belief that this will lead to some kind of gain, it really is not intrinsic. Students may study to make the grades to get into an Ivy League college to earn money, or status or feeling of superiority over others. In each case there is an outside motivation.

Steven Reiss, a professor of psychology at Ohio State University, has proposed that there is no such thing as truly intrinsic motivation. This concept has arisen because the goals that motivate students to learn vary widely. One may be motivated to get good grades to please parents, another may be competing with fellow classmates and a third may satisfy curiosity and a need for novelty by learning new things. However, we should not force the idea on educators that all students should be learning to satisfy their curiosity. Some simply do not have the need for novelty that others do.

Finally, consider the people who proudly announce how much they love to learn. This announcement shows that their learning is not just based on an internal drive. A person who learned just for the sake of learning would not find the need to tell anyone else. So I suppose if a truly intrinsically motivated learners actually existed, we would never know who they were.

1 Response to The mystery behind the motivation to learn