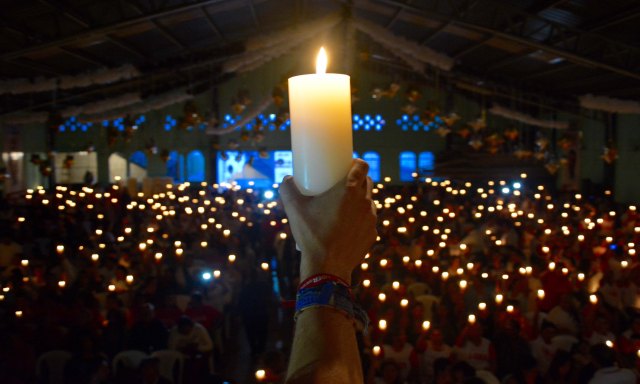 Most people determine a leader’s charisma using nonverbal characteristics, such as conveying emotional states, demonstrating passions through gestures and compelling use of vocal intonation. But charismatic leaders still have to have some to content their speeches. The goal of charisma, after all is to inspire people to act on your words.  However, be careful to keep your message simple and not say too much. The more complex the speech is, the more the listeners have to use of higher level thinking, and the less inspired they will be by the speaker. So what techniques do you use to fill in the words if you only have one simple point to make?

Start by collecting stories and anecdotes that convey the idea of your point. During one of the typically boring college dinner presentations that I attended, the professor retold a summary of the plot of Moliere’s Tartuffe, a comedy about a religious hypocrite. His account focused on how the characters behaved in ways that were for show, instead of being honest. There wasn’t really any more to his speech than that one simple point of the importance of being honest. However recounting the story, even though it was a fictional play, made it interesting.

Next, learn to master the use of metaphors, or the use of symbolic images to relay a point. However, be careful of over using them. I recall a particular associate at work who constantly used cooking metaphors to explain procedures. Of course the idea of comparing difficult work to the making of a delicious cake or hearty stew was appealing so I listened raptly. However, after a while I realized these culinary comparisons really provided no clue how to obtain the goals he had in mind.  Charismatic leaders have to have at least one clear action that they want their followers to perform.

Do you want your speech to be remembered? Think about the memorable quotes from past political leaders and you will see something in common. They use rhetoric devices, which is basically a way of saying statements in manner that resembles poetic writing.

An example of repetition with variation is John F. Kennedy famous statement from his inaugural address:

Another rhetoric example is the use of contrasting ideas, tied together with alliteration and parallel syntax in this quote by Winston Churchil:

“Success is not final, failure is not fatal: it is the courage to continue that counts.”

If you boil these memorable statements down to their essence you realize that each politician is asking their audience to give up something. In Kennedy’s case he asked people to actively support to their country; Churchill requested they keep trying after obvious national failure during World War II. Both of these requests required sacrifice, dressed up through the use of rhetorical devices.

There are other core verbal characteristics of charismatic leaders, but these are the basic literary devices used to extend a simple idea into a stirring speech. Remember literary devices from past English classes? Maybe you learned something useful in them that you did not realize at the time.

1 Response to Literary devices and charisma