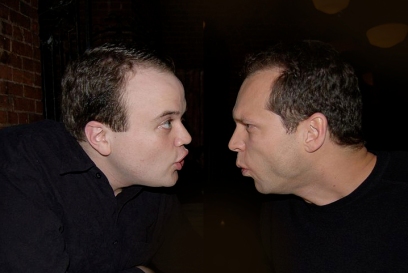 People of high charisma are not immune to personal attacks. When there is severe criticism or antagonism leveled at them, they may call on their skill to change the desires of their followers to match their own. Often the critical or antagonistic person is dealt with by the followers not the leader.

The charismatic person probably fears being rejected by others more than any other type of personality. They often rely on those followers who are not as “inspirational” and therefore willing to deal with voices of dissent. Typically that means aggression action towards them rather than appeasement. I recall meeting a congenial politician during the 1980 presidential elections whose front man was easily angered if every preparation was not made perfectly. His aggressive nature allowed the candidate to have the expected friendly and relaxed attitude towards the crowd.

There are basically four ways that a person can deal with a confrontation. One is to try to win the confrontational person over with an emotional appeal and enthusiasm. That may work for the person that feels neutral towards you. But if he already has a heated disagreement with you, more of the same will not work.

The other three methods are aggression, compliance and detachment. Aggression or attack is similar to dealing with your opponent as they have dealt with you. Only typically people increase the amount of aggression through ridicule or criticism. These critical sentiments are more effective if spread by multiple sources. Politicians make good use of the media to do this for them prior to an election.

The next way is to comply with or appease the critic, usually by offering a compromise.  The idea is to try to give them enough of what they want that they will be satisfied. If the other person has a legitimate complaint and the compromise is sincere, this will work. However, leaders often send negotiators to work out the compromise for them so they do not appear to lose face.

The final way is to detach from or avoid the person confronting you.  While this does not work on the national level, it is often effective on the smaller level of an organization. The confronter must escalate to bring attention to his complaint and risks looking overly aggressive if this is done. While we flock to the TV to see newscasters and politicians angrily denouncing others, most people really do not want to watch confrontation in their daily life.

Leaders with strong influence over the others collect loyal followers around them. They well aware of the power of the crowd, but often not aware of the danger of isolating themselves in such a manner. If you look at the history of leaders that appear charismatic you will see a higher number of assassination attempts (some successful) compared to other types of leaders. This may be due to jealously over popularity but often it is because the highly disgruntled assassin feels the sacrifice the leader is calling the people to make is too great. The leaders is on a pedestal above his or her followers, but when others feel that the leader has become unreachable, the consequences are not good.