How charisma can be lost. 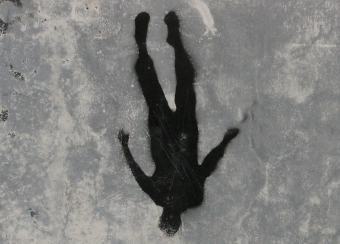 Stable personality traits are those which appear throughout most of life. As innate, or inborn traits they are already part of the personality in childhood and become notable characteristics or patterns of behavior in adulthood. However, a person’s perceived level of charisma does not seem to be stable. This is not necessarily because behaviors that increase your ability to influence others can be taught and practiced (similar to taking acting lesson). In studies in which managers were provided with this kind of coaching, changes occurred but these were minimal compared to the difference that already existed between the most and least charismatic people in the group.

Apparently a small portion of the population does have the personality characteristics that the public consider as belonging to leaders that they would like to follow. However, the public can change their idea about who is a charismatic leader, and it doesn’t take the revelation of some notorious act by the leader to do this. Remember, a charismatic leader appeals to emotions and values, both of which change over time. The environment of crisis in which people are looking for an emotional expressive leader that paints a convincing picture of promising future is not the same environment that exists once the crisis begins to fade.

When a new leader arises that inspires other to follow they are willing to work harder, and make more sacrifices – for a limited time only. Emotional involvement is exhausting. in work situations, employees begin to slow down, burn out, or look for a position where there is less emotional drain. The leader has not changed, but has failed to realize that the high level of involvement they are expecting is not sustainable.

Another component of charismatic leadership is ability to build a strong group identity and a sense of core values. This is often based on assuming superiority over other groups, which results in prejudice which can dirty the leader’s reputation. It can also lead to competitive behavior, which can back-fire if a group needs  cooperation from the other groups.

But the biggest reason that a leader can lose charisma is the failure to meet the follower’s expectations. It is assumed that a more effective leader will influence followers to make greater effort in their work. So the employee improves,and people coalesce behind a political leader. But leader may not improve. Remember there is a distance between the leader and followers, and the tendency to see the leader as being above the crowd. If the leader remains just as unresponsive and unwilling to share the power as before, there is a drop in the expectation that the leader will be influenced by the followers.  Unresponsiveness in a formerly respected leaders is more likely to cause rejection by people than if they uncover these same characteristics in their co-workers.

So it is not enough for a leader to learn how to inspire other, they must learn how to be inspired and influenced by the very people they are leading.

This entry was posted in Group psychology, Leadership, Persuasion. Bookmark the permalink.