Self awareness and leadership

Are leaders unaware of what is going on inside of them?

According to the original meaning of self-awareness over 99.9 % of humanity qualify for this trait because people are aware of their existence. So, this is not enough to be considered special. However, self-awareness has a new meaning along with a new claim that it distinguishes leaders from others, according to Daniel Goleman. [1]

Self awareness starts with the idea of recognizing and regulating emotions. But, how frequently have we seen leader spewing angry words (or tweets) only to later regret their words? They express emotions powerfully, but have little ability to regulate them. Frequently they fail to understanding the impact of their own internal motivation on themselves.

How important is control over your own emotions? If you feel vexed due to a person who chatters constantly with minimal output, you may decide to be self-aware and not speak your mind because they might be hurt by…

Learning not to be self-aware

Do grammatical errors set your teeth on edge? 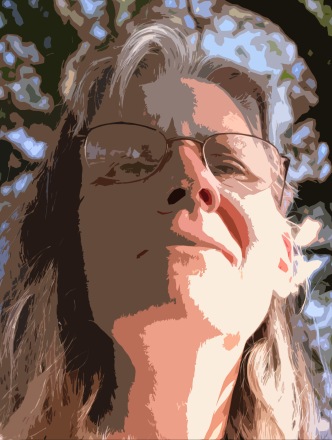 Recently I was reading research about grammar police, the people who notice every misspelling and usage error in your writing and assume that you are ignorant based on these errors. Evidently they are disagreeable – certifiably disagreeable.

One of the factors in the Five Factor Personality Analysis (often called the Big Five) is Agreeableness. Research has shown that subjects reading e-mails both with and without spelling and grammar errors downgraded their estimation of the person the most if they also show a low score on Agreeableness. No big deal, you probably expected that to be true.

One of the other factors of the Big Five is Extraversion. Introverts who indicated that good grammar was important to them, were more sensitive to these errors and downgraded the likability of the author of the e-mail much more severely than did introverts who didn’t care about grammar. Overall introverts where not as generous…

Do we have any new ideas on the nature of creativity in children?

If you listened to Sir Ken Robinson’s TED talk about “How Schools Kill Creativity” [1], you would assume most children enter school tremendously talented and creative and exit at the opposite end of the spectrum. It is an entertaining talk, including naive quips from children that could easily fit into Art Linkletter’s  (and later Bill Cosby’s) program Kids Say the Darndest Things.

Robinson makes the assumption that the unusual things children say is evidence of creativity. However this idea is never supported during his talk. Sometimes children’s “unique” sayings are a result of misunderstanding language. At other times they are concrete interpretation  of abstract things they have been told.

Robinson also fails to explain why there is a noticeable percentage of students that not only remain creative but increase in creative production while in school. These students are in the same schools that turn out the uncreative students that Robinson…

Can creativity be taught? 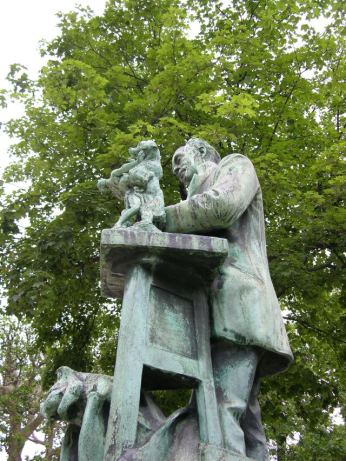 Emmanuel Fremiet’s depiction of himself creating a sculpture model

Anyone working with a program to encourage creativity has found that deliberate efforts to kick start creativity may fail while creative works may still arise in spite of a pedantic atmosphere. The work of the imagination is terribly unpredictable and won’t follow our schedules.

It is very possible that complex creativity, which blends the recognition of far flung connections and the persistence to try every avenue to produce an innovation, is not an ability that can be taught. According to author and editor Irving Taylor, creativity exists hidden within many people, but requires development.  “At some point, however, some conscious discipline and control is beneficial and necessary. It is difficult to know whether developing creativity is like building a muscle or following a recipe.”[1]

Over half a century ago, J. H. McPherson described four different kinds of instruction aimed at improving…

The origin of originality

Is creative talent a result of genetics, environment or … 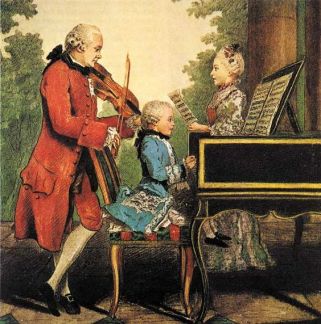 Start any discussions on the origin of creativity and you will quickly find the group divided. On one side people claim it is an innate trait. You are either born with or without it. Keep on pressing this faction and most will admit it is not exactly a black or white proposition, rather people are apparently born with varying amounts of creativity. They cite anecdotal examples of young children demonstrating precocious creative ability that grow up to be a great artists, composers, or inventors–such as Wolfgang Amadeus Mozart.

On the other hand there are people who see creativity as a skill that can be taught. Now while many of these people are attempting to advance their own curriculum for developing it, not all are. They commonly view the ability to come up with original, useful ideas as our best chance at solving humankind’s problems. They refer to examples of children…

Is an artist usually optimistic or pessimistic? 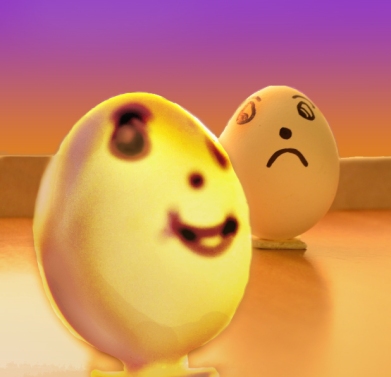 How does a person’s view of the world –optimistic or pessimistic–affect creativity? Psychologist have noted that the average human has a bias towards optimism. People live with the illusion that most situations will turn out better than they actually do. Unrealistic optimism seems to be the norm. On the other hand. pessimism may result in a darker than actual view of the future. Severely depressed people expect more problems than really do occur. The slightly depressed people tend to have the most realistic view of the future [1].

In the world of the ancient Greeks, the character of authors, artists, and composers was often connected with melancholy, a sense of pervasive sadness. In modern times, philosophical pessimism seems rampant among creative people. Just look at the life and work of Miguel de Cervantes, Fyodor Dostoyevsky, Joseph Conrad, Richard Wagner, Edward Munch,  Thomas Mann,  Jorge Luis Borges and Albert Camus. However…

Leave no one behind… 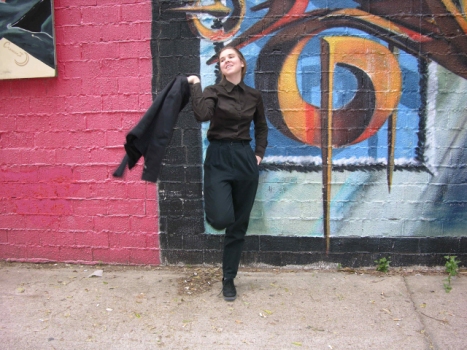 Does creativity equate with keeping up with the latest trends? I wince a bit at this thought and realize how many people assume “early adopter” is same as creativity. I realize that no one come’ s up with ideas in a vacuum. We must all build on the past and avoid the building something so disconnected to the current world that it is utterly incomprehensible. However creativity is really defined by starting trends, rather than following them.

Now that creativity has become a valued ability it seems cruel to for anyone to be left out. It is no longer the domain of the eccentric inventors, impractical daydreamers, and those living in garrets on the edge of poverty. Many claim everyone should have the possibility of being creative. But, if you look at any group some people generate far more unique ideas and original work than others do.

Creativity and the blame game

The emphasis on creativity as a way to provide an economic boost has been followed by a plethora of publications on how to be more creative. But taking those ideas to heart may not be the best move. More than one study has shown that expressing creative ideas  hurts a person’s chances of being considered leadership material.

Wharton Business College and Cornell University found that people judged creative by their colleagues were also seen as having less leadership potential than their peers with ordinary ideas. Another study attempted to determine exactly why this occurred. This second study required college students to watch other students pitch solutions to a problem. Some of the proposals were both original and useful, fitting the definition of creative ideas. A second set of students try to sell ordinary, well-known ideas. It really was the creativity of the ideas, not the  personal warmth, or competence of…

Personality per the ancient Greeks

Where did this idea actually start?

Many of the most current personality tests are built on older theories—sometimes much older theories. Around 2400 years ago, the physician Hippocrates described his idea that human moods were caused by an excess or lack of basic body fluids. Too much blood and you became giddy and talkative, too little and you would become morose. Feeling lazy? Blame it on too much phlegm. He probably borrowed this ideas from someone before him whose name we no longer know.

Although this was not a sound medical observation, the idea of four different temperaments caught on and has hung on for millennia. The word temperament comes  from the same word as tempera paint and means to mix. So philosophers, physicians and psychologist kept mixing four different factors to obtain their palette of personalities.

According to the ancients Greeks these were:

Personality per the ancient Greeks

Many of the most current personality tests are built on older theories—sometimes much older theories. Around 2400 years ago, the physician Hippocrates described his idea that human moods were caused by an excess or lack of basic body fluids. Too much blood and you became giddy and talkative, too little and you would become morose. Feeling lazy? Blame it on too much phlegm. He probably borrowed this ideas from someone before him whose name we no longer know.

Although this was not a sound medical observation, the idea of four different temperaments caught on and has hung on for millennia. The word temperament comes  from the same word as tempera paint and means to mix. So philosophers, physicians and psychologist kept mixing four different factors to obtain their palette of personalities.

According to the ancients Greeks these were: